Support your neighbors experiencing homelessness and stand with the Village in establishing permanent housing solutions.

Explore our recommended books, movies, and podcasts on advocacy issues such as racism, discrimination, and public policy.

Donate to frontline organizations like the Village that provide homelessness and housing solutions in your community.

Homelessness is the sharply visible peak atop the iceberg that is poverty. Our crisis of inequity keeps housing and other basic resources—education, healthcare, employment, and adequate income—out of the reach of millions of Americans, in addition to safe and healthy neighborhoods. These longstanding inequities are the ruins of our past and make present structural racism and economic discrimination possible.

In Washington D.C., the statistics speak for themselves. Here’s a snapshot of the 2021 “point-in-time” count:

At N Street Village, these statistics do not surprise us. 80 percent of our clients are African American, 53 percent are over the age of 50, and half have no income when they arrive at our door.

We use four guiding principles to redesign these structures of inequity:

The voices of those affected lead the creation of solutions.

Racial justice is the prize upon which we set our eye.

We aim for economic justice for all D.C. residents.

Working Together - Across the City

N Street Village is an active participant on D.C.’s Interagency Council on Homelessness (ICH). The ICH is responsible for developing the District’s plan to address and end homelessness as we know it.

The proposed investments in Homeward DC 2.0 include increased prevention and diversion resources, new Permanent Supportive Housing vouchers, and $102 million in renovations of the District’s permanent and temporary supportive housing and shelter services.

We know that homelessness is solvable when we have a common vision, we keep a laser-like focus on outcomes, and we have the resources to get the job done. Together, we can ensure that homelessness in the District of Columbia is a rare, brief, and non-recurring experience.

Voices of the Village

My name is Sharon Baker and it’s been a long time coming, but I finally get to tell my story.

I have to remember where I came from in order to know where I want to go.  I was born into addiction and was never interested in drugs because I saw what it did to my family. 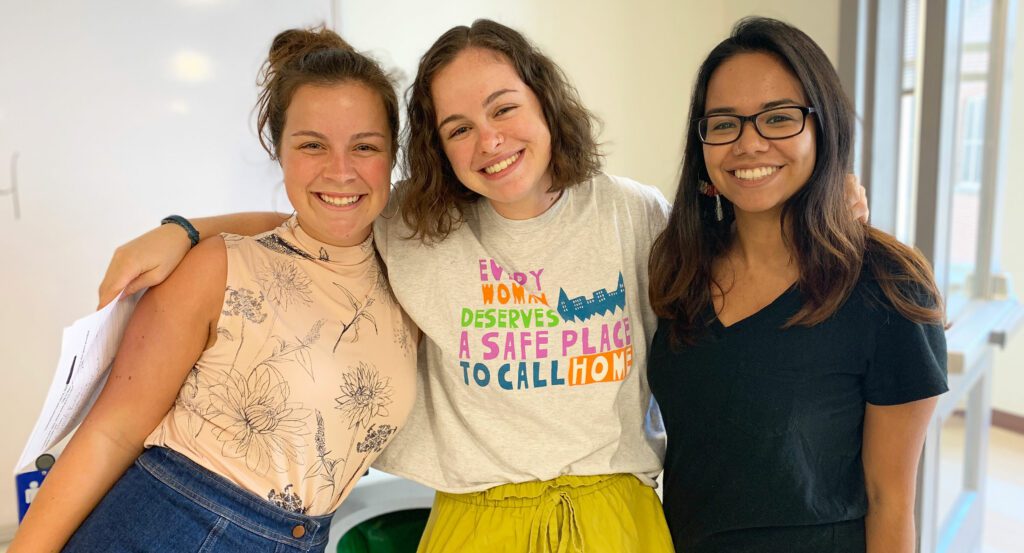 The need for you – our Village supporters – is urgent.

The homelessness crisis is only the tip of the iceberg with respect to poverty issues that affect our city. That’s why we are asking you to pledge to stand in solidarity with us and our neighbors experiencing homelessness to work together for better, more permanent housing solutions in our city.

I stand with my homeless neighbors and support permanent housing solutions for every ward in D.C.

Keep up with the latest news and events by signing up
for the Village Newsletter.